The Yorkton Community Concert Band and All That Jazz are non-profit groups that originally started out with just a handful of players. Our goal is to provide an opportunity for people from Yorkton and surrounding communities to pursue their musical interests. The bands have played all over the city of Yorkton as well as some of the commuities surrounding Yorkton. The groups have also traveled to Regina for the Downtowners Optimist Band Festival in 1999 and 2000 and have participated in several Regina Lions adult band workshops as well. The bands also compete in the Yorkton Music Festival every year and have received the highest marks of any band in the festival more than once.

Upcoming Performances
The band will be holding a concert on Tuesday, June 21st at 6:30 pm at the Old Yorkton Mill. Everyone is welcome! 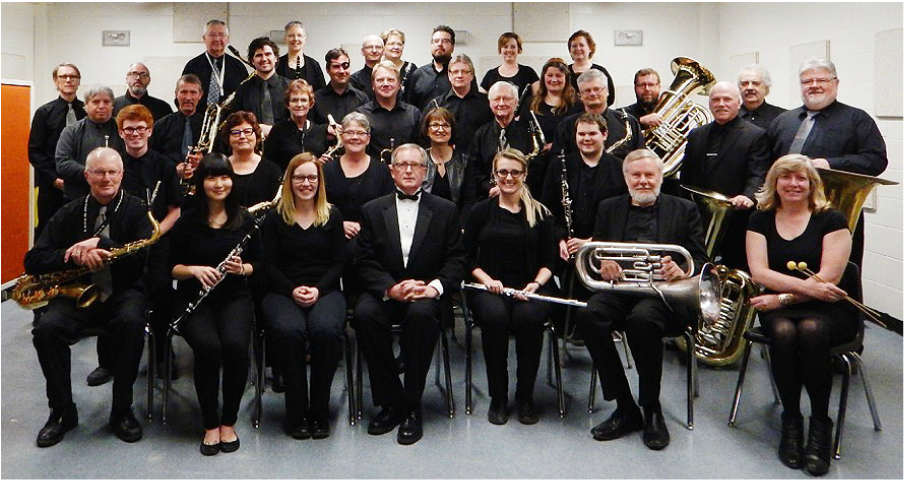 The Yorkton Community Concert Band is made up of people ranging in age from eighteen to seventy and over. There are members who have played an instrument for many years as well as some who have just learned to play over the past few years. We are always looking for new players and have a beginner program setup for people who would like to learn how to play an instrument and be part of our group. If you don't have an instrument we have some available to rent. The cost to to be part of our group is only $85.00 a year which is for concert band, jazz band or both. The group takes a break for the summer starting around the middle of May through to the middle of September. New players are always welcome so if you play a wind or percussion instrument or are interested in learning one please come and join us. We get together for rehearsal every Tuesday night at the Yorkton Regional High School band room starting at 7:00 p.m. Jazz band rehearsal follows beginning at 8:45 p.m. If you have any questions regarding our group you can contact our director, Larry Pearen at (306)782-4182 or our president, Jack Dawes at (306)744-2988. 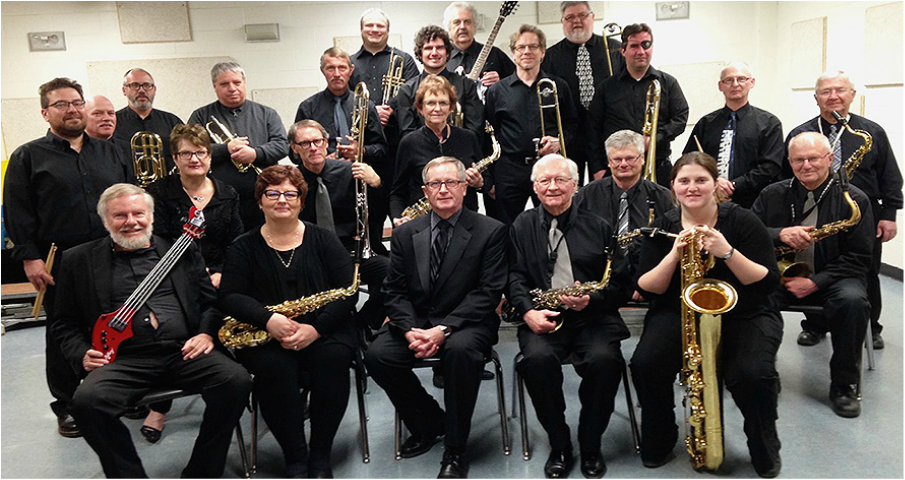 This group was started in 1999 under the name "Yorkton Community Jazz Band" and later in 2004 became Yorkton's Centennial Big Band. In 2010 the name was shortened to Yorkton Big Band and was later changed to the present name, All That Jazz. The group was formed when some members of the Yorkton Community Concert Band wanted to expand their music interests by playing jazz music. The band has performed all over the Yorkton community including the Yorkton Music Festival where the group walked away with the highest jazz group mark in 2004. In January of 2004 Larry Pearen decided to take the group to the next level and added vocalist, Jackie Washenfelder to the group. Jackie has several years of vocal experience performing with groups such as Saskatchewan Express. In May of 2004 the group started the Downtown Jazz and Blues Series, a one night performance with a jazz club feel held at the Yorkton Army, Navy and Air Force Club. In Nov. 2004, the second performance in the series was expanded into two nights and the band was very fortunate to be able to perform with special guests Bob Moyer and Pat Steele. Later the name Yorkton's Centennial Big band was changed to All That Jazz and Rob Zerr was added as a second vocalist.. They are available for bookings and can be reached by contacting our director Larry Pearen at (306)782-4182, or our president Jack Dawes at (306)744-2988.​

The Yorkton Community Concert Band would like to thank the following: